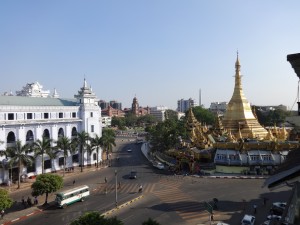 A few months ago an article in the Economist got my attention. It was about Myanmar (formerly Burma), a country re-emerging after nearly 50 years of economic isolation, and how it is on the verge of introducing mobile payment services similar to those used in parts of Africa today. Having seen firsthand the transformational impact these have had in East Africa, it got me interested in learning more about what was happening in Myanmar.

As it turns out I got my chance, on a recent visit to South Asia I had the opportunity to visit Myanmar for a few days and see it for myself. Prior to my visit I did some homework and got in contact with two organizations involved in the rural sales and distribution of affordable agricultural and renewable energy products: Myanmar Eco Solutions and Proximity Designs. Both generously took time to meet me during my visit and share their day to day challenges and insights on the opportunities on the horizon.

For those not familiar with the recent history of Myanmar it has been only since 2011 that the country and its economy have started to embrace the world after nearly 50 years of isolation. As a result, it has been experiencing the firehose effect as it catches up with all of the developments and innovations that the rest of the world has experienced over that time.

Indeed, GDP growth since 2011 has been impressive (5.9% in 2011) and current forecasts expect it to continue. However, Myanmar still ranks 149th out of 164 in the world on the Human Development Index (HDI), that’s 5th to last – just behind Pakistan – among Asian countries.  There is clearly a lot of work yet to do. From all signs on the ground, this has begun in earnest.

I saw this in Yangon, the capital.  It is experiencing a serious influx of foreign investment and business activity. There is an abundance of new construction and hotel rates and real estate prices are ballooning. Bulldozers are already at work just outside the capital as they clear the way for a new Special Economic Zone as well as the luxury housing to go with it. 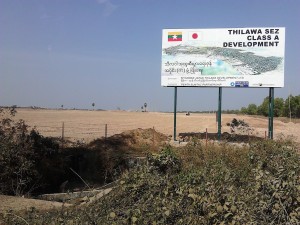 Future site of the Thilawa Special Economic Zone just outside of Yangon, Myanmar

While there are plenty of reasons to be cautious (it’s called “risk” for a reason), I believe there are more reasons to be optimistic, especially for organizations who address the poorest and most difficult to reach populations at the base of the pyramid.

“We are in the business of improving lives, political conditions don’t apply” said Min Chan Win, CEO of Myanmar Eco Solutions when I visited him to share with him the work we are doing with RafikiSoft. “It takes a surprisingly small amount of money to make a big difference in people’s lives.”

“For example, imagine you as a Westerner earn a salary of $10,000. It it would be very difficult to suddenly double an income like that,” Min explains. “That’s not the case for someone earning only a few dollars a day.”

Overall there appear to be three specific trends promising to fundamentally transform Myanmar and make all of these efforts much easier:

1. Emergence of Internet and mobile connectivity

“Telecommunications here is still a major issue,” relates Jim Taylor, CEO of Proximity Designs.  “Mobile and even SMS text are simply not yet business reliable.” This is changing quickly, however. With the country’s first nationwide mobile networks on the horizon, the price of Android phones dropping fast, and the growing proliferation of Wi-Fi and internet access.

Jim, an American who has lived in Myanmar since 2004, recently made a trip to East Africa. “I was most impressed by the effect that mobile phones – and especially mobile payments – have had on rural commerce and distribution there,” Jim related.  “It is about to happen here in Myanmar, it’s not a matter of ‘if’ but of ‘when’.” 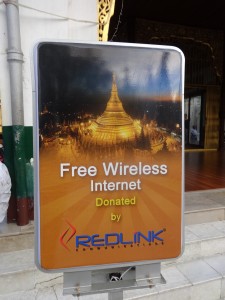 Free Wi-Fi is already available at the Shwedagon Pagoda, the most sacred Buddhist pagoda in Myanmar.

2. The simultaneous emergence of the banking infrastructure

Before I arrived in Myanmar everything I read gave dire warnings about the lack of ATMs and credit cards and implored visitors to bring all their cash with them – specifically $100 US dollar bills in nothing less than perfect mint condition. 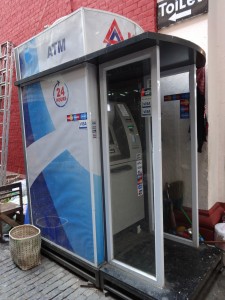 These didn’t even exist six months ago.

When I arrived, however, I saw nothing but Visa and MasterCard logos everywhere and ATMs galore. I double checked the publishing date of my Lonely Planet guide and it was current. It turns out all of this happened only a few months ago.

The timing couldn’t be better, though, because it happens to coincide with the development of Myanmar’s nascent telecommunications infrastructure. Unlike India, which has been painfully slow to adopt mobile payment services largely due to resistance by its established financial institutions, Myanmar’s absence of legacy institutions appears gives it much more flexibility.

Smartphones are flooding in from China and only getting cheaper by the day. People are buying them even where there is no network coverage and simply using them as entertainment systems, utilities, even status symbols. 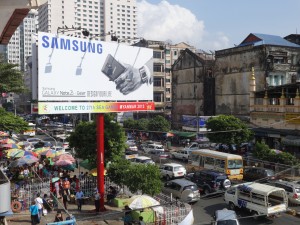 None of this, of course, is to say that there are not still major challenges to overcome, indeed there are many. Three in particular stand out:

“Unlike countries like India or Bangladesh, which benefit from a dense population and have some basic financial infrastructure in place, Myanmar is truly rural” Jim explains. “Many of our customers simply do not have any capital whatsoever, even the smallest purchase must be financed.” In order to address this gap, Proximity Designs has taken on the risk on and provided the financing itself, but this is not a scalable long term solution and will continue to be a challenge.

Cheap (and poorly built) competitive products are flooding the market. To a certain extent this is an issue in Africa as well, but its long and porous border with China make this an especially acute problem in Myanmar according to both Min and Jim.

In addition putting prices under pressure, the low quality of many of these products has given a bad reputation to entire product classes. For those selling higher quality products, extra effort must be spent to justify a higher price and reassure potential customers that their product will last longer than a week.

Having been a closed society for as long as it has, most rural Burmese are accustomed to fashioning their own DIY (“do-it-yourself”) solutions. A product vendor must therefore clearly justify a $9 price tag for something that a customer believes they can build themselves with $3 worth of parts. 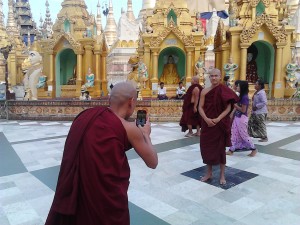 It was a short visit, but it was educational and jam packed with information and inspiration. I, for one, am left strongly optimistic about the prospects for Myanmar. For every challenge posed, it seems there is a matching opportunity developing:

Jim Taylor held a company-wide meeting with his team after his visit to East Africa. “I told them that I had seen the future, and it is coming to Myanmar!” It’s not very often you hear something like that said about Africa, but it speaks volumes about the prospects of both.

“There has never been such an exciting time for us,” said Min Chan Win, a native of Myanmar. “We are taking this opportunity with great optimism and hope that it will encourage more like minded people, both local & from overseas,  to come and join us.”

RafikiSoft for one will be there. 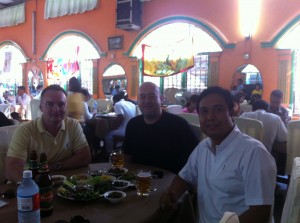