In the blog post I wrote after the attending the DEMO Africa conference in Kenya last year, I observed that many of the companies presenting seemed to be addressing what I called “luxury problems” – ordering pizza online, chat rooms for television programs, concierge services for business travelers, etc. Others had pitches of the form “It’s like _____ but African”.

There were definitely some very good business plans presented at DEMO, but all too often I found myself wondering if some of them were primarily designed to address an unmet need in the African market or merely to impress the foreign investors in attendance by telling them what they wanted to hear. It didn’t help that many of the participants seemed to have been coached into wearing the standard issue Silicon Valley uniform (jeans and t-shirt with a sport coat).

Not long afterwards, CIO East Africa magazine (the primary sponsor of the very same event) published an editorial on the detrimental effect of what they called “compepreneurship”, referring to a proliferation of “start ups” with business plans designed  more for winning cash prizes than for actual execution in the marketplace. (Note: unfortunately article doesn’t appear to be posted publicly, but it was featured in the November 2012 issue. I will update this post if a link is found).

But how does one, especially a foreigner in a market, manage to figure out if an innovation is the real deal? How do you separate opportunity from opportunism? Changing the way we perceive innovation might be a good place to start.

Innovation occurs, quite simply, when an unmet need finds a technology that addresses it – regardless of where it came from. All too often we fixate on the latter and not enough on the former (and those in the hype generation business like to keep it that way).

Let’s take a look at a famous African example: mobile money, pioneered by M-PESA in Kenya. This technology has enabled millions to make payments and money transfers using SMS text messaging technology from cheap basic mobile phones. Who would have guessed that such an important basic financial need would be met by a telecommunications technology, let alone one as simple and unremarkable as SMS text messaging? Prior to availability of mobile payments, people would have to spend an entire day traveling to and ultimately waiting in the nearest physical bank branch to make even the simplest transaction. Now it is all done in just a few seconds and it has transformed the way people conduct business. 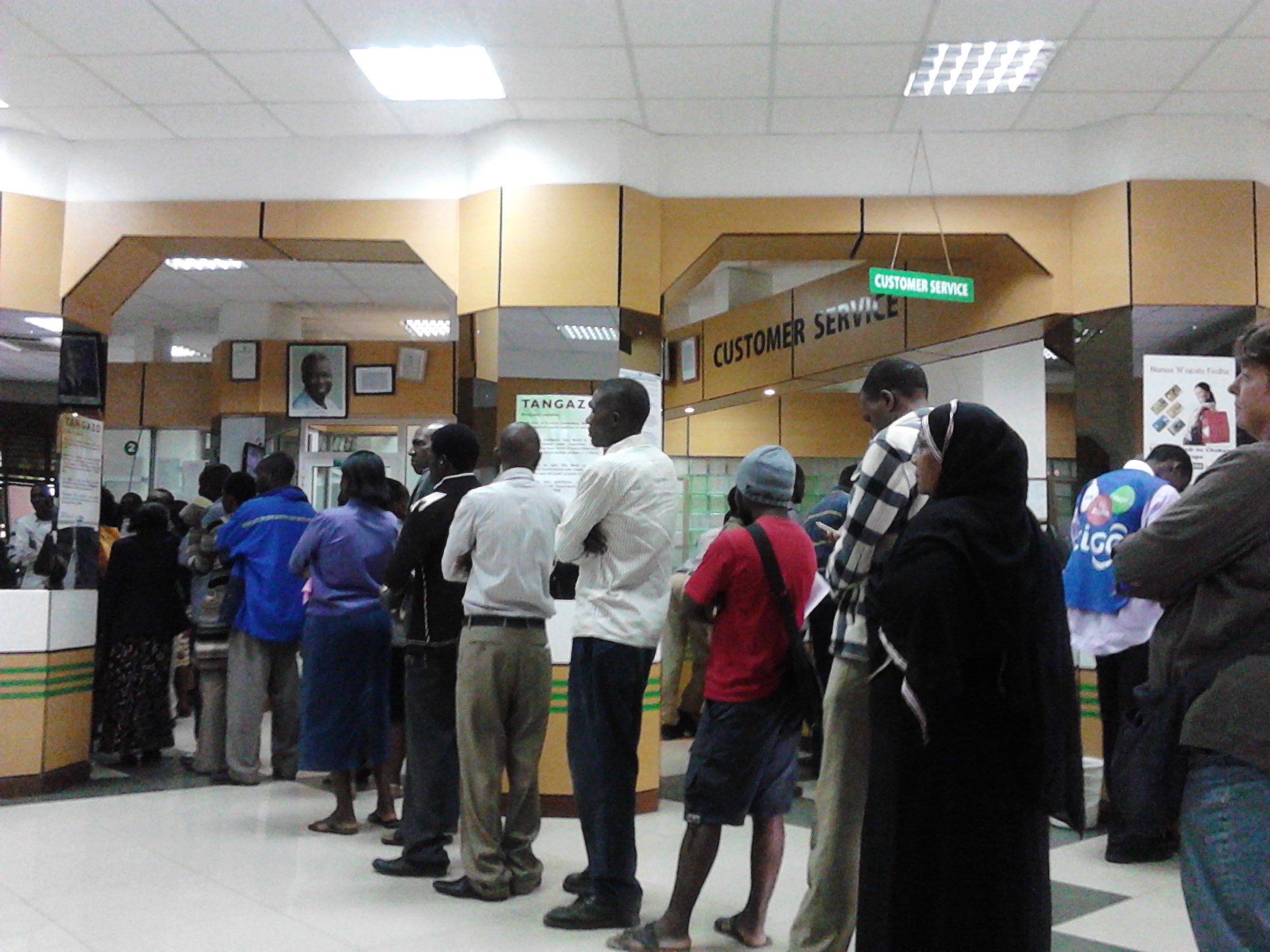 Waiting in line at a bank in Tanzania

On the other hand if this technology is so great why hasn’t taken off in Europe or the U.S.? Because the need simply isn’t there. Online banking and credit card transactions may be a little more cumbersome than a text message, but they work just fine and hence our need is met. We are able to focus on much more pressing matters such as the need to download movies for free.

The first question to ask yourself when evaluating a business idea is if you can identify the unmet need being addressed by the technology in question – and if you understand its real world implications.

Think inside of the box

I had an interesting experience when I visited Rwanda last year. In my weekly Google Alert digest, I came across a headline about how Rwanda had acheived the fastest internet connectivity in Africa. I immediately clicked on the link, but the problem was that I couldn’t read the article. The page wouldn’t load. Like many other places I had been on that trip, my internet connection, while technically existent, was barely usable. Even when I could maintain a wifi connection for longer than 2 minutes it was too excruciatingly slow and left my need for the latest hot news on Rwandan tech woefully unmet.

It’s great when a country, like Rwanda, can get access to a revolutionary new technology, like blazing fast internet. But  it doesn’t do much good if the intended users are unable to access it and thus not much of an innovation if it doesn’t meet any needs. Inventing the next new game-changing product or service is great work if you can get it, but those opportunities are few and far between. There is challenge (and opportunity) enough for the rest of us in simply disseminating the ones that are already there – or even just finding ways to organize the markets that already exist.

These types of opportunities are often overlooked as they are usually not particularly sexy or glamorous and hence not very good material for magazine articles or business plan competitions. But more often than not they address important unmet needs and are refreshingly free of hype.

You’ll do as your told.

A friend and former colleague whose job it had been to manage partner relations in Africa for a large high tech firm once gave me a very simple bit of advice: “When you go to Africa, you don’t get to do what you want to do. You do what the market tells you to do.”

Truer words have never been spoken. Nearly every entrepreneur I’ve met who has done any significant amount of business in Africa has a major “pivot” story. The company I am working with here in Tanzania, for example, was founded with the mission of bringing simple bicycle powered agricultural equipment to rural farmers. “That’s nice,” the maket said, “but do you happen to have any idea where I could get some solar powered lights and chargers?” And so came the pivot… a great topic for future post.

Statistics, editorials, books, reports and even wild speculation can all be useful guides to give a business idea some direction. Understanding the latest technologies provides us with the tools we need to accomplish great things. But there is no substitute for first hand knowledge of a market, because without understanding its true needs there can be no innovation.

3 thoughts on “Opportunity vs. Opportunism”